We are not sending our usual snail mail appeal this year but hope you’ll still consider an end-of-year contribution.

2018 was a challenging year for the Sister City Project.  We started the year on a high with a successful trip in February for work on a clean water initiative. The following month, thanks to support from the Brookline Rotary, we received notice from Rotary International of a $35,000 award for the clean water effort.  The next month was the first ever Brookline High School trip to Nicaragua (NI). 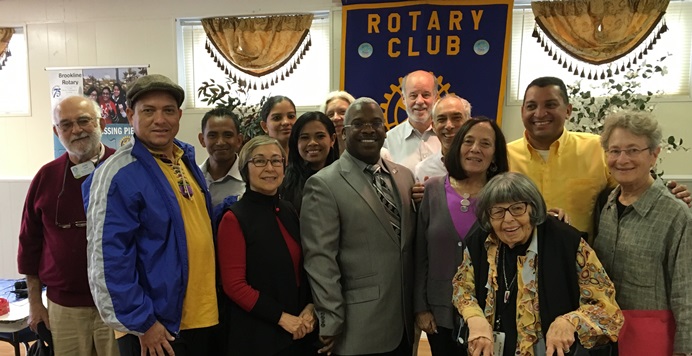 After the students left Quezalguaque but while they were still in NI, demonstrations broke out in many parts of the country following notice of plans to cut social security benefits and increase taxes. Reports about the number of deaths since April vary but there appears to be agreement that it’s at least 300 with more than 2,000 injured.

Because of the instability and the temporary closing of a collaborating medical school in Leon, NI, we cancelled a summer public health project in which Boston U. graduate students were going to be working side-by-side with Nicaraguan medical school students.

Despite the continuing unrest and a deteriorating economic situation, our collaboration with the Quezalguaque community continues.  We have an ambitious agenda to assure safe drinking water and support rural water systems maintained by community residents.  We recently renewed contracts with a Nicaraguan based NGO for water systems engineering studies and training and with a university-based laboratory for water quality testing. 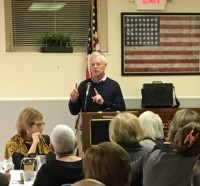 Educational Forum
Stephen Kinzer was the featured speaker at our Educational Forum in October. Kinzer is an authority on Nicaragua and has interviewed Danial Ortega, President of Nicaragua, and wrote Blood of Brothers: Life and War in Nicaragua.  He is not optimistic for a quick solution to the troubles in NI.  He saluted Brookline Sister City for its continuing work with the people of Quezalguaque.

Dengue Outbreak
In the last two weeks, we responded to an urgent request for assistance to address threats of dengue.  In the small community of Quezalguaque, there are 273 suspected and 34 confirmed cases. The threat of mosquito borne illnesses is greatest in the rainy season. This is usually from May to October in Quezalguaque. This year the threat has continued into December.

$30,099 Needed for Clean Water Initiative
Clean, accessible water is vital for the residents of Quezalguaque and we will be considering an award of $30,099 for improvements to the storage, pumping and distribution systems in 6 rural communities in Quezalguaque at our next Board meeting in January.  The $30,099 will be in addition to $51,541 already awarded for the clean water initiative.

We also continue to provide on-going support for the library in Quezalguaque, a mobile library, for arts programming and health care services.

The Sister City Project has no office or paid staff and whenever Board members or others travel to Quezalguaque, they do so at their own expense.  Your donations go to support our partnership with the Quezalguaque community.

Tax-deductible contributions may be made on-line (see Donate button above)  or checks payable to the Brookline-Quezalguaque Sister City Project (BQSCP) may be mailed to PO Box 114, Brookline, MA 02446.

Thank you for your support.  Without it, the collaboration between our two communities would not be what it is today.  If you’d like to get involved or want more information about the Sister City Project, please write us at brooklinesistercity@gmail.com.

We look forward to a more peaceful year ahead.

“The BQSCP represents the very best of people in two communities of the world, learning about each other & believing that with generosity & resolve, good things are possible.”